Polypropylene and aluminum
50 cm and 100 cm

Origami-inspired pyramidal lamp made ​​from a single sheet of material, an evocative pyramid of light. 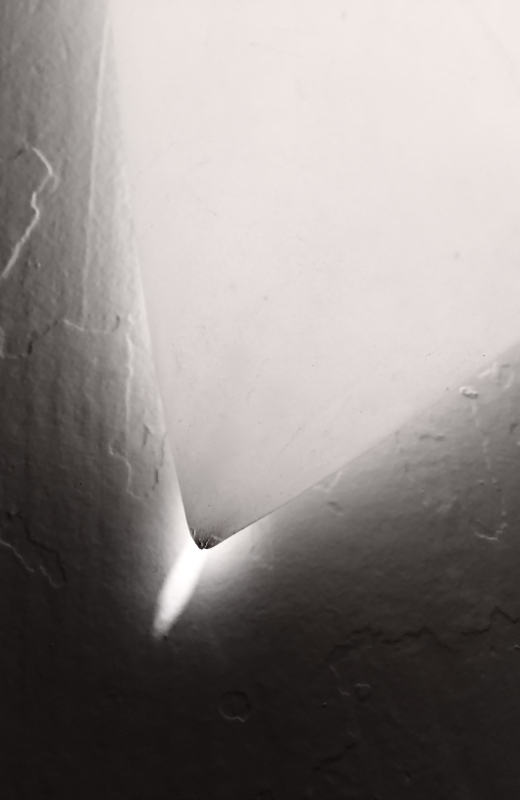 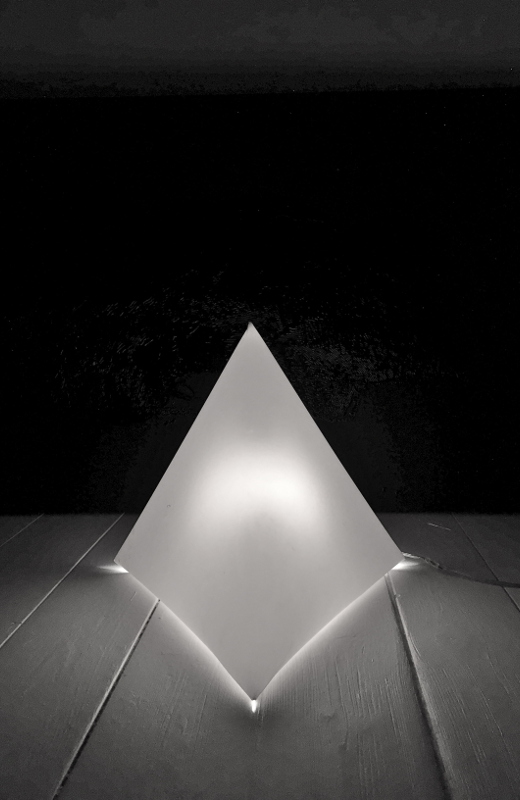