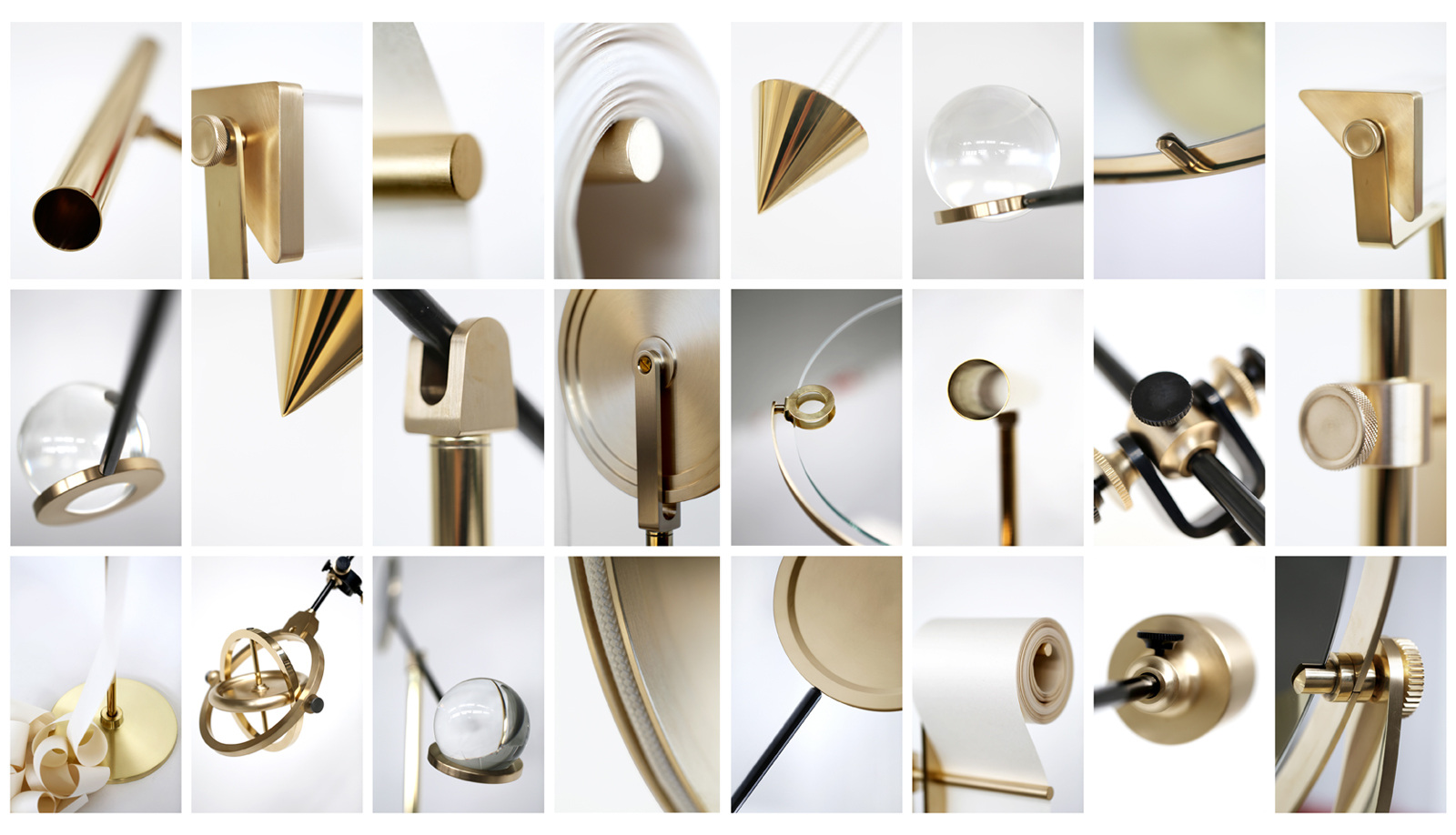 “The progressive development of man is vitally dependent on invention. It is the most important product of his creative brain. Its ultimate purpose is the complete mastery of mind over the material world, the harnessing of the forces of nature to human needs”

Brass is an alloy made of copper and zinc which may have similar characteristics, but may differ depending on the percentage of each metal present. Used since remote times, it is implemented in various applications, in all mechanics regarding both hydraulic and electrical systems, musical instruments, numerous common use objects, but also for the production of jewellery for its golden colour and due to its particular resistance to oxidation. The sensorial perception in Stefano Russo’s artworks and installations is of total engagement. The language the artist adopts expresses the chosen materials’ peculiarities for the creation of his objects, in relation to the mental sphere, and to the energetic search of emotional sensations. Stefano recruits data and feelings in the worldly experience and translates them into languages, artworks, concepts and emotions, choosing brass to represent his current project.

For years Stefano Russo has been conducting a research on the human being, on its history and inventions, but moreover on the perceptive processes which inscribe it. Stefano knows that in nature there’s more than meets the eye and that by research this discovery is possible, so he conceives instruments to enhance the senses…

This project anchors itself on some fundamental relations of the body, throughout a study which explores multiple scenarios: from synaptic communication between a neuron and brain neuron, to sensorial perception and the relation with the environment. “RIFLESSI D'INTERNO” positions itself in an interstice between reflection and reflected, between organ and organ, inner and outer, mechanicity and instinct, full and empty, between the visible and the invisible.

Provocative aesthetical forms; paradoxical and yet certainly fascinating which arise when the human body and technology meet. There are many occasions in everyday life in which we may stop to reflect upon how much technology is modifying our body, transforming many of our most common actions. From the TV remote control, to cell phones, to laptops, the items we use on a daily basis are more similar to extensions we always bring with us; extensions of our biological body made of flesh and bones.

The chance to interact with the world in which we live is given to us by our sense organs. The role these structures carry out is to transform external and internal stimulus into nervous impulses which are then transmitted to the central system. The five senses – sight, hearing, taste, touch, smell - are all involved in this sort of interaction. Stefano Russo’s “RIFLESSI D'INTERNO” has a profound meaning; the prospect of returning the existing indissoluble connection underlying between scientific research and the human body: infact, discoveries and innovations carried out by scientists have undoubtedly always been inspired by the organism’s functioning.

‘Riflessi d’Interno’ [Reflections on the Inner] therefore is exactly this: finding in objects that same internal functionalism of the human being; the ability to still grasp elements and mechanisms which correspond to the perception of our body. To visualize the reflection of our inner self in what surrounds us. Stefano Russo is fascinated by late 19th Century scientific instruments, with which inventors and scientists experimented the elementary principles of Physics “Light, Gravity, Motion, Electricity.” The function of sense organs is based on the fact that a stimulus is captured by particular receptors which generate electrical signals. These electrical signals are then transferred to the brain. The interaction between stimulus and receptor, which subsequently transforms into electrical impulse is known as bioelectric conversion, and it is characterized by high specificity; every receptor infact responds to a very precise stimulus which may be of either chemical or physical nature. The final phase is of integration, in which the stimulus is identified and archived in the cerebral memory via different operations, many of which are still unknown, due to the complexity of their execution. Thanks to these three passages, once the information has reached the brain, with the cultural baggage related to the numerous processes of learning and identification, a global message specifically attaining perception is supplied. For Stefano Russo art is one of the strongest means to dialogue with the Invisible: memories, dreams, mystery, magic, intuitions, energy… and everything which goes beyond pure and simple sensorial perception. It is thanks to the sensorial perceptors that other types of reality become visible throughout the artworks. The objects created by Stefano Russo for “RIFLESSI D'INTERNO” seem to revitalize an appeased sensoriality; every object becomes a metaphor, a symbol of reflection on oneself and on the world. Every object seems to be in relation to the cosmos and directly, in relation to receptors present in the sensorial systems, all converging towards real sensations capable of arousing particular feelings: equilibrium, gravity, concentration.

Presses, levers, large dimensioned lenses, spheres, tips and piles of books … Words – in the same way images in a mirror do – also deceive and seduce. Just as Narcissus, we are condemned to think of ourselves through deforming instruments which return us an image of ourselves in which we can never fully recognize us. However, in this common destiny we never perceive any sense of tragedy or irreparable loss. In Stefano Russo’s objects, words, as mirror images, are not existent only as a reflection, but they are an unlimited multiplication of reality. In Stefano’s artwork, reality is never a given thing: a crystallization of events which may be gathered once and for all into a funerary and ideological identity. In Stefano’s artwork, reality (life) makes itself, it multiplies throughout words and lenses. It opens to the infinite in the way two mirrors put one in front of the other would. And maybe, even time in Stefano is the product of words and mirrors; something which doesn’t go by, something which isn’t separable, something which is always available and accessible whenever desired, forwards and backwards in an eternal modification and modifying oneself. In the collective imaginary, Narcissus is the young man who fell in love with himself. But really, Narcissus does not fall in love with himself; he falls in love with an image reflected on water/mirror, in which he doesn’t recognize himself. In the same way none of us recognize our recorded voice the first times we listen to it. Vision is – as it is known – one of the most obsessive constant themes in literature, mythology and art. And so are shadows, those “shadows” which are accessible to sight beyond or throughout lenses. Lenses are by definition deforming; they return an inverted image compared to the real one. But this is also the reason why the lens is a seducing provocateur: it seduces because it satisfies our innate thirst for knowledge. It allows us to take a look at the world, but moreover, it allows us to look out onto a different world: the world of opposites. For Stefano Russo an upside down world opens up to unrealized possibilities, to universal parallels of modern cosmology, to the truth of philosophy, to the reality of semantics (or of the signs). Even signs and words are infact reflections of something else with which they don’t coincide. Occurrence is therefore what moves Stefano Russo’s research: the sequence of instants, the revelation, the becoming, the cyclicity.

Everything in his objects becomes the arising of the relation between metaphor and imagination, opening the passage which conducts to those games between time and infinity, breaking up and filtering the complex mystery of existence through a grid cipher. Stefano seems to be interested in defining the “shapes” of time, its revelations and archetypes. In temporal terms, everything is a metaphor of the flow, of its cyclic and cathartic function, of its space in motion. Far from being a “unit of measurement”, time represents a possible equidistance from all things and events; if it is possible to consider some kind of temporal reality, it is only possible in the present, which continuously embodies all of time, in an everlasting cyclicity. And time presents itself as an energetic accumulation of events, which may live simultaneously, equated by the essence of their happening. It is the rejection of the traditional partitioning of past – present - future, and instead of containing events, time is conditioned by them. In Stefano’s objects, a true, real infinite potential is presented as the accumulation of simultaneous possibilities. Obejct by object, Stefano seems to want to combine poetry and science, two sides of the same thirst for knowledge and beauty. Quoting Mark Twain: “It's not what you don't know that gets you into trouble, it's what you know that just ain't so that gets you into trouble”, and this is as true in life as it is in science. The liaison between poetry and science for Stefano Russo has become poetics. 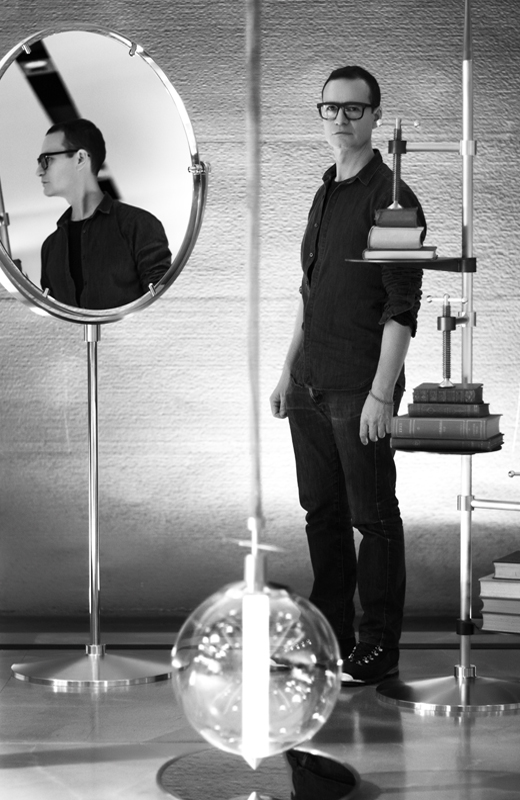 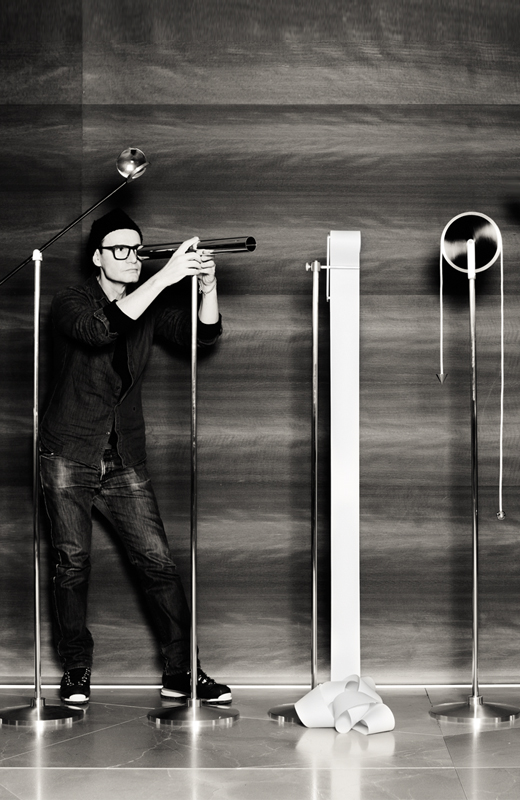 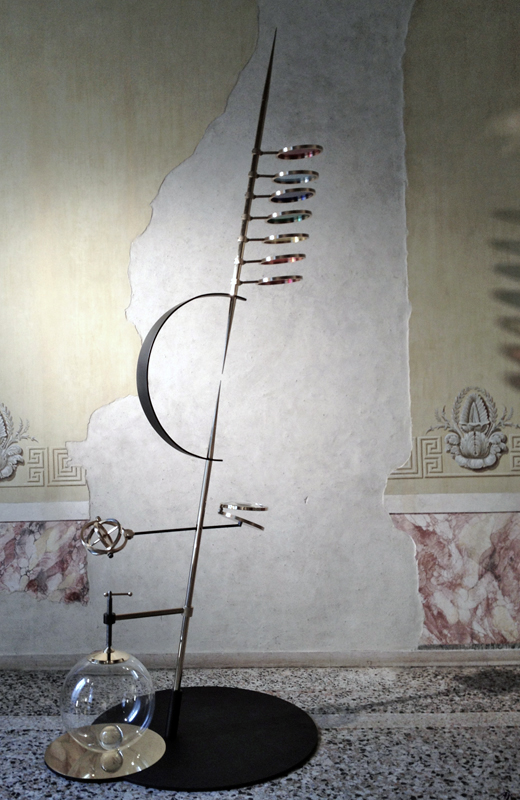 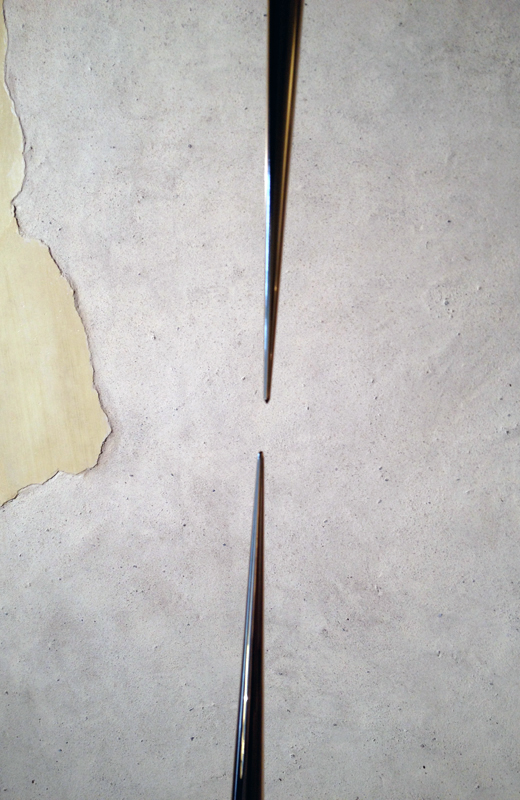 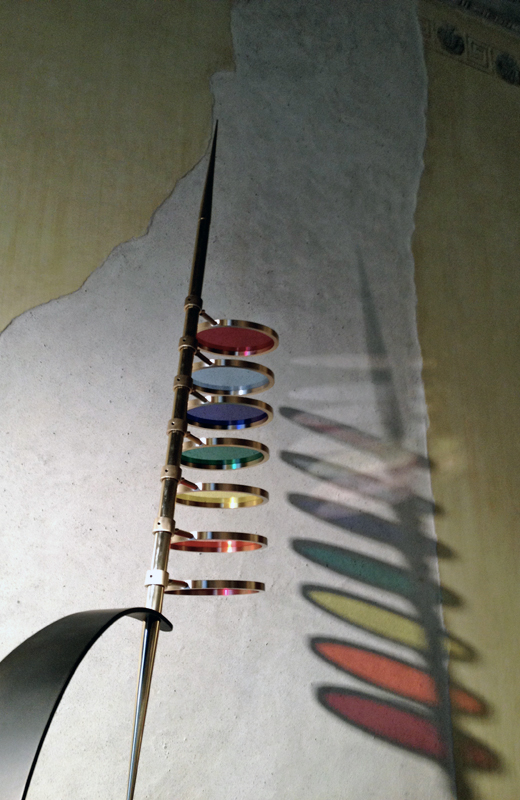 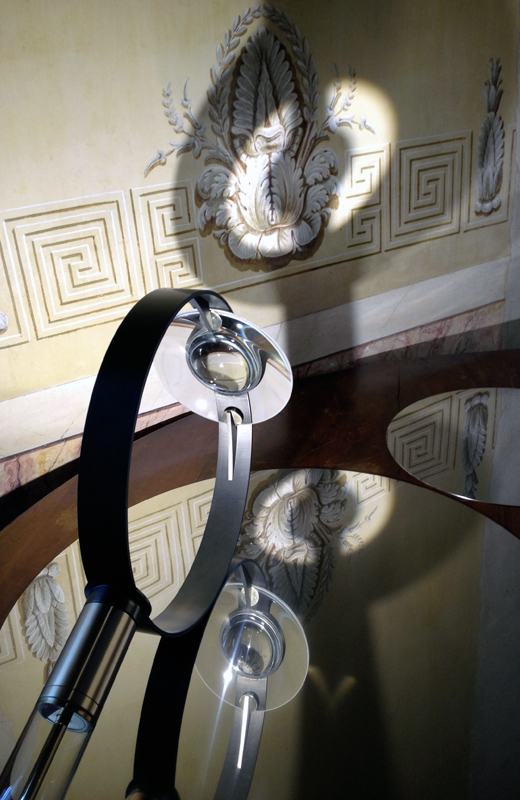